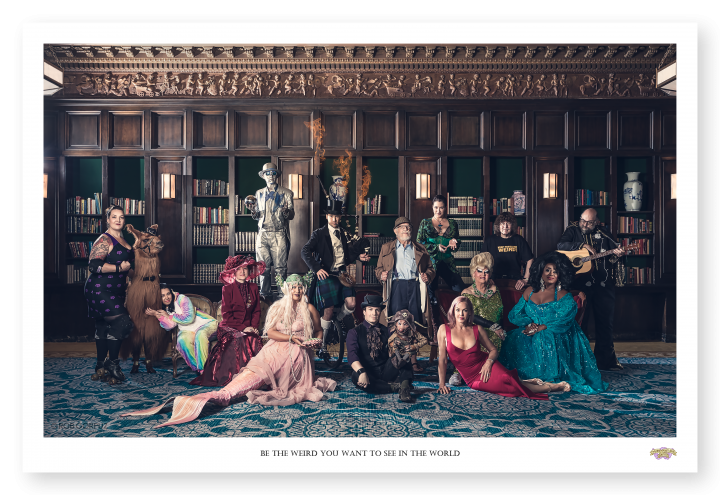 WPU is proud to present this fine art print celebrating the weird spirit of Portland. On August 17th, 2019, amid planned violent protests downtown, 15 of the biggest figures from Portland's weird past, present, and future gathered together for the first time at the historic Sentinel Hotel in an act of solidarity to show off the true values of the city. The resulting image was captured by Portland photographer Rob Corpuz for a fundraiser with all proceeds going to support Weird Portland United's mission of Keeping Portland Weird. It is being offered as a fine art print by Portland based print studio Gango Editions in a very limited run.

-Ships in time for Christmas